The heat is on. Its does get rather hot and rather muggy during the summer time in Yelapa. The the rain starts and along with it does come lots of growth in the jungle. The brown turns to lush green and the jungle comes back alive. A couple years ago we built an outdoor bamboo shower next to our pool. During the summer time this is all I use. The shower is closed on one side so there is some privacy from the living room of the house but it is open on the front so you can see the ocean. I LOVE IT. 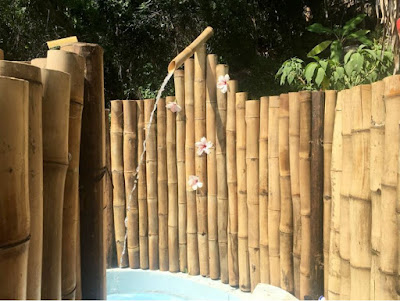 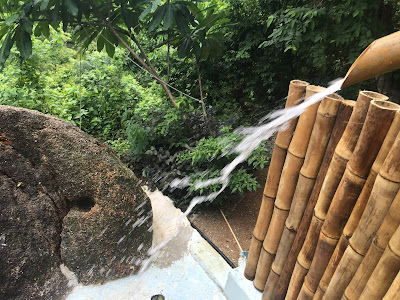 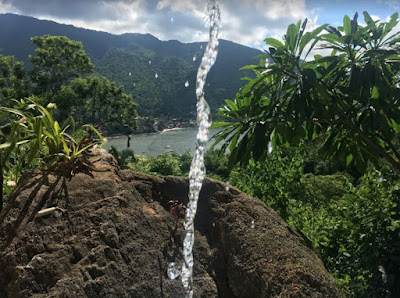 Yelapa is a magical spot that carrys on and on...

Butterflies are more like flowers; there only advantage is that they can touch the sky.
If you are visiting Yelapa you will see wonderful nature all around you. These are some pictures of moths that I have taken at various times of the year. My favorite is the pink one and the one with the purple and pink on it. There are also many beautiful butterfly's in Yelapa that you see when walking on the trails to our house or around the town of Yelapa. If you’re looking for accommodations in Yelapa, Mexico look no further. Our Yelapa house rental is by far one of the best houses to rent in Yelapa. Surrounded by nature. 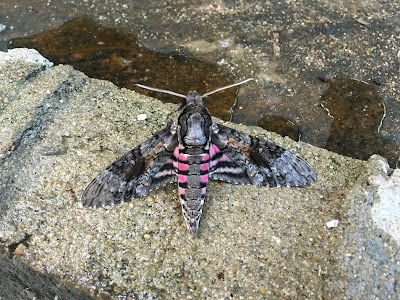 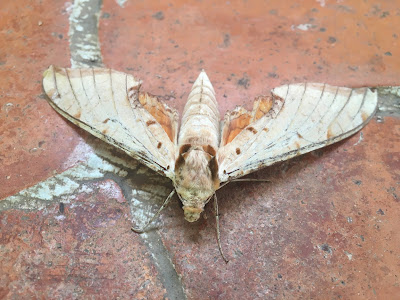 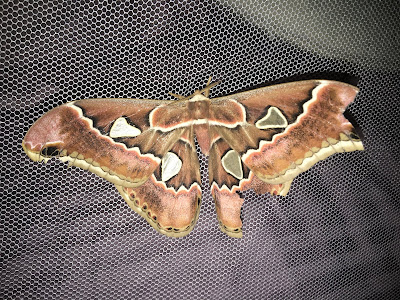 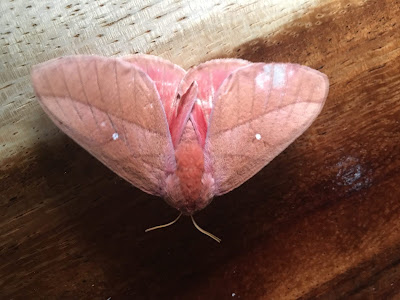 Our Accommodations in Yelapa has flowers and nature in abundance...

If I had a single flower for everytime I think about Yelapa Mexico I could walk forever in my garden.Yelapa has so many beautiful flowers and plants growing in the jungle. During the late summer rainy season, the jungle comes alive and grows like crazy. There are many people that visit Yelapa to take nature hikes/walks to see both vegetation and the amazing wildlife. Here are a few flowers from our house Casa Sanctuary - Yelapa Beach Home. The yellow ones grow into the kitchen windows. If you are looking for accommodations in Yelapa - Yelapa info can be found at www.yelapasanctuary.com
The red one is my personal favorite. The last one that is hanging upside down is really pretty as well. Named the Brugmansia Versicolor is a species plant in the family of Solanaceae, commonly called the “angel’s trumpets”. 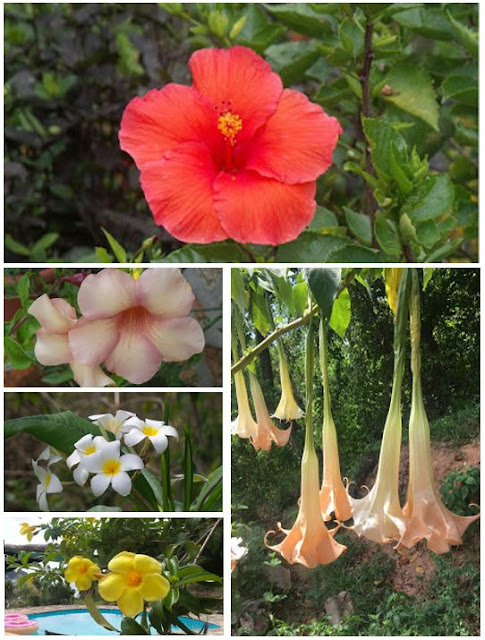 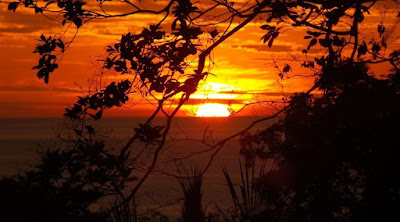 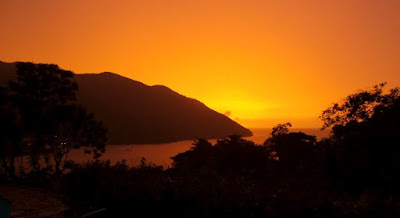 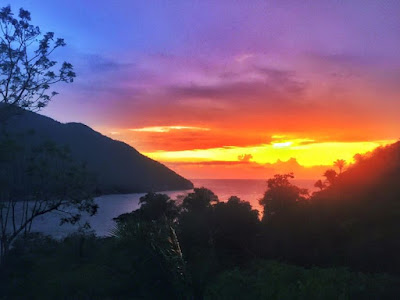 Yelapa, Jalisco, Mexico is like traveling back into time.
Yelapa Mexico is tucked away in a small cove off of  Bahía de Banderas (Banderas Bay) which is on the Pacific Ocean. For starters there are no roads and no cars in Yelapa. I believe they just got electricity around 10 years ago. As mentioned above you have to take a water to to get to Yelapa so it does cut down on the amount of tourist roaming around. It is just the spot to get away from the large all inclusive type of resorts in Peurto Vallarta. Don’t get me wrong there are many nice beaches throughout Mexico that we visited and enjoyed. However, we were looking to get away from large crowds and vendors always approaching us on the beach. I totally understand they are working to support their families. I get that and do purchase stuff from them form time to time but in Puerto Vallarta, at times be a little much. Especially if your'e trying to relax or enjoy conversation with a friend.
You wont find any chain restaurants or hotels in Yelapa but you will find many great spots to dine, relax or explore. Yelapa is made up of three parts. You have the beach area in Yelapa, you have the "up river" area and then Pueblo area. All accessed with cobble stone or groomed path ways.
Until recently the town did not really have reliable internet service. There are now two options for internet in Yelapa. You have yelapawifi.com and ????
at May 28, 2018 No comments:

How We Found Yelapa Mexico 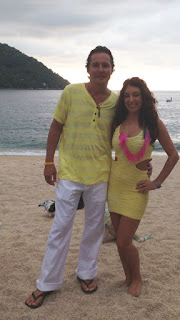 It's kind of a funny story how we found the magical spot of Yelapa. My girlfriend and I had been traveling through Mexico for about a year and at the time we had been living in Puerto Vallarta for about 7 months. One day we were having some drinks on the beach and hanging out at Cuates y Cuetes by Los Muertos pier. We started talking to a girl that had a backpack with her and we inquired on where she was headed. She told us she was heading to Yelapa...."What's Yelapa" was our response. She looked at us like we were crazy and said "how long have you lived here for.... you don't know Yelapa".
Kate went on to tell us how amazing of a spot Yelapa was. She mentioned that back in the day a musican's like David Crosby use to go there and at one time Bob Dylan use to live in Yalapa. She also said that Yelapa had no cars or roads and you had to take a boat to get to Yelapa. Kate was getting ready to cath the water taxi to see her boyfriend that had been living in Yelapa for a couple months and invited us to go. It sounded like a place we would enjoy, a fun adventure but being late in the day we would not have been able to make it back to Puerto Vallarta the same day. So, we opted to meet her the next weekend. She said to get off the boat and go to Angelina's Garden Beach Club. Once there to ask for Freddy or Elena and they would find her so we could meet up.
The next Saturday we were down at the pier to catch the water taxi to Yelapa since that is the only way to get there. We arrived around 10:00 in the morning. Once off the boat we were greeted by a person holding an iguana (perdo). He pointed us in the right direction. We found Angelina's Garden on the beach and meet Elena and her son Freddy whom both later became dear dear friends or more like our Mexican family. I quickly realized that even though we had been vacationing through Mexico for about 7 months I never unplug and relax. I am always checking emails or answering phone calls, still very much plugged into the hustle and bustle of day to day life. We had only brought stuff for a day trip which was me wearing board shorts and Chasity in a bikini. I remember saying to Chazzie "honey I am not sure I can spend the whole day here". That was Saturday at 11:00 am. Needless to say we did not leave until Tuesday on the last water taxi. If that does not say something about how much we fell in love with Yelapa I don't know what does.
This was almost 7 years ago. After that weekend we found ourselves going there every weekend. Eventually we decided it did not make sense to have a house in Puerto Vallarta when we were spending all our time enjoying Yelapa. We decided to move to Yelapa and the rest is kind of history.
Kate thank you Soooo much for suggesting a day trip to Yelapa it was life changing for us!

The heat is on. Its does get rather hot and rather muggy during the summer time in Yelapa. The the rain starts and along with it does come l...